Breads and cereals start from seeds
Of grasses farmers grow;
They're all ground up and mixed with eggs
And other flavors for dough.
The crust of pies and dinner rolls,
And noodles of chicken soup,
Doughnuts, spaghetti, and Cream of Wheat
Are in the bread and cereals group
Background and Vocabulary 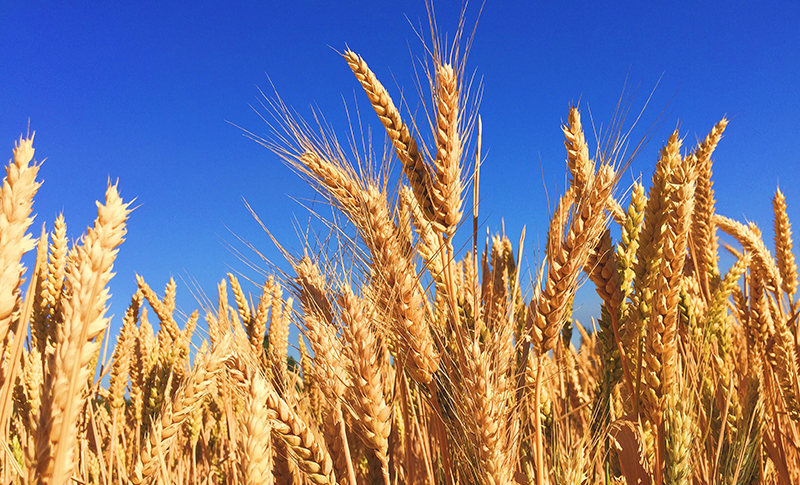 Wheat, oats, barley and other grains are grasses, but no one yet has found the wild form of grass from which wheat, as we know it, was developed. Hard red winter wheat is Oklahoma's number one crop and is very important to the Oklahoma economy. In 2015, 98.8 million bushels of wheat were harvested at a value of $489 million. Oklahoma ranks number three in the nation in the production of winter wheat. Hard red winter wheat is the kind of wheat used for making bread.

Most Oklahoma wheat producers grow winter wheat. Late in the summer, they prepare the soil for planting. They drive a tractor that pulls the plow through the fields. The plow turns the soil over and kills all the weeds. Then the farmer connects the tractor to a disk harrow and drives it over the field. The disk harrow breaks the soil down into smaller pieces. When the soil is ready for planting, the farmer uses a grain drill to plant the seed. 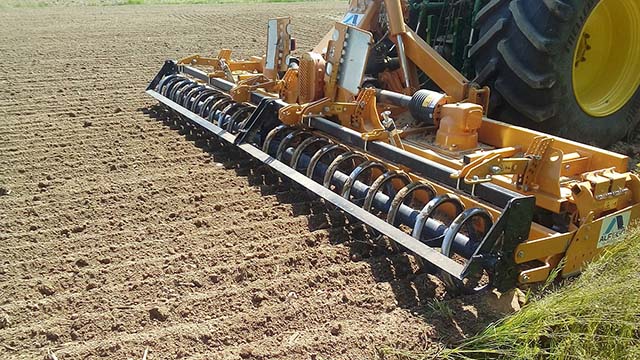 The wheat plant will grow about six inches before the frost comes. Each plant grows by producing more leaves and new stalks from the base of the plant. The new stalks are called "tillers." When the weather gets cold the tiller will stop growing. This is called the dormant period. On most farms in the Southern Plains, cattle feed, or graze, on the young wheat plants while they are in their dormant period. The plants grow back. They are not damaged by proper grazing.

In the spring, the warm moist days make the wheat plants grow quickly. As the wheat comes out of its dormant period, more tillers of wheat emerge. Each tiller can form another head of wheat. Some varieties of wheat grow as tall as seven feet, but most are only between two and four feet tall. During the early summer, the plants begin to fade from dark green to tan and then to a golden brown. Then the wheat is ripe and nearly ready for harvest. Now the wheat producer must race with the weather to get the wheat out of the fields.

Some years the wind and rain keep the plants from ripening, and they cannot be harvested. Other years hail may break all the heads, or a lightening storm may start a range fire. When the weather cooperates, and the wheat is ripe, the farmer must move fast. He checks the wheat by rubbing a wheat head between his hands, blowing the chaff away and then chewing some of the grain. If the kernels crack easily and get soft as they are chewed, the wheat is ready to harvest.

The wheat stays in the grain elevator until the farmer is ready to sell it. Workers keep an eye on the wheat kernels to make sure they stay cool and dry. If the wheat kernels get wet or too hot they will spoil. Some of the wheat is sold to people who use it to make food for people and animals. The rest is cleaned and saved until it is time to plant again. One kernel of wheat can grow several hundred new kernels next harvest.

The wheat that is sold for food is taken to a mill. At the mill, huge machines grind the wheat kernels into flour. First the wheat must be cleaned several times. A series of disks separate the wheat kernels from weed seeds, dirt and small stones. A giant magnet removes any metal pieces, like nuts or rivets that might have shaken loose from the farm machinery and fallen in with the wheat. Finally the kernels go into a giant water bath where any remaining stones or other heavy materials drop to the bottom. Light materials float to the top and are washed away. Now the wheat is cleaned and ready to be milled.

Rollers crack the kernels into smaller pieces. Huge machines shake the wheat pieces through several screens to make the pieces even smaller. If the wheat is to be made into white flour, air currents blow the branâthe outer layer of the kernel â away from the rest of the wheat. The wheat bran and germ that have been removed are used in animal feeds. The pieces are now ready for grinding. Smooth rollers grind the wheat finer and finer. After grinding, the wheat is sifted through more screens, sometimes as many as 25 times. Each screen has smaller openings than the one before. Special ingredients are added to age the flour and whiten it. Vitamins and iron are also added to replace those that have been removed with the wheat germ and bran. Now the flour is ready for baking.

Background and Vocabulary, with comprehension activities

Bread may be the ancestor of all prepared foods. The first bread was made in Neolithic times, nearly 12,000 years ago. It was probably made by crushing grain and mixing it with water. The dough was then baked in the sun or laid on heated stones and covered with hot ashes. The Hopi of New Mexico still make a traditional bread, called "piki bread," by mixing juniper ash with cornmeal and spreading it on a hot stone. Then they lift the paper-thin layer from the stone by rolling it like a jelly roll.

Loaves and rolls made and baked over 5,000 years ago have been found in ancient Egyptian tombs, and wheat has been found in pits where human settlements flourished 8,000 years ago. In the Stone Age, people made solid cakes from stone-crushed barley and wheat. Wheat and other grains provided ancient people with a reliable food source which would keep through the winter months and multiply in the summer. This allowed them time to develop other useful skills beyond what they required to feed themselves.

Bread can be unleavened or leavened with yeast. When flour comes in contact with water and remains idle for a period of time, it begins to rise. In modern processes, yeast is added to aid in the rising, but even without yeast, dough will begin to ferment, and the resulting gases will cause the dough to rise. The Egyptians were the first to discover that this process would produce a light, expanded loaf. The Egyptians also invented a closed oven in which to bake the bread.

The ancient Hebrews were in such a hurry to get away from their Egyptian captors that they made their bread without leavening. Today Jewish people celebrate Passover, their escape from the Egyptians, with unleavened breadâmatzo. Bread without leavening also represents truth in Jewish tradition, because bread that is unleavened retains the true flavor of the grain from which it is made.

Traditionally, people made bread from whatever grain grew best in the area where they lived. Wheat, rye, corn, barley, millet, kamut and spelt are some of the grains used around the world. Wheat flour is preferred because of its gluten content. Gluten is what gives bread its elastic quality.
Bread is such a powerful food that ancient Egyptian governments controlled its production and distribution as a way to control the people. In France the shortage of bread helped start the French Revolution.

A millstone used for grinding grain has been found that is thought to be 7,500 years old. For thousands of years people used stone wheels powered by wind to grind wheat into flour for bread. In the middle of the nineteenth century, a Swiss engineer invented a new type of mill with rollers made of steel which operated one above the other and were driven by steam-engines. Meanwhile, the North American prairies were found to be ideally suited to grow wheat. This, together with the invention of the roller-milling system, meant that for the first time in history, whiter flour (and therefore bread) could be produced at a price which brought it within the reach of everyoneâ not just the rich.

Wheat came to our continent with European settlers. Before that, maize was the grain used for bread-making in the Americans. Maize is what we now call corn, but the word "corn" actually means any kind of grain. For centuries, maize was used to make a flat bread that we know as tortillas. According to Mayan legend, tortillas were invented by a peasant for his hungry king. The first tortillas were made over 12,000 years ago. Today they are also made with wheat.

Among native Mexicans, tortillas are commonly used as eating utensils. In the Old West, cowpokes realized the versatility of tortillas and used tortillas filled with meat or other foods as a convenient way to eat around the campfire.

Enriched white bread has about the same nutrients as whole wheat bread. Both are excellent sources of carbohydrates, fiber, protein, B-vitamins and important trace minerals. Whole wheat bread contains 5.3 percent dietary fiber, while white bread has only 1.6 percent. Scientists tell us that an adequate amount of fiber in our diet may help prevent certain types of cancer. Fiber is found in mainly whole grain breads and cereals and in fresh fruits and vegetables. 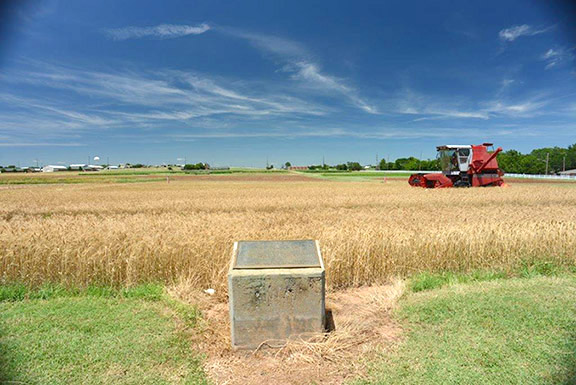 The man who planted the experimental Magruder Plots, the oldest continually-producing wheat plots west of the Mississippi. 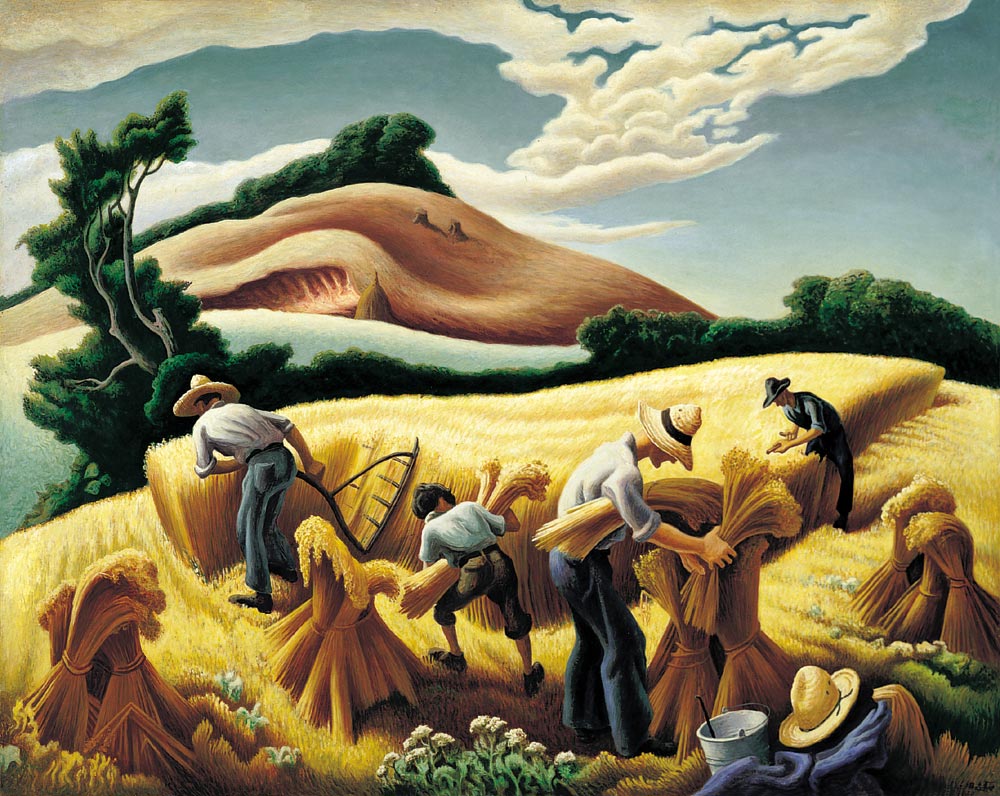 Until I moved to western South Dakota, I did not know about the rain, that it could come too hard, too soft, too hot, too cold, too early, too late. That there could be too little at the right time, too much at the wrong time, and vice versa.
I did not know that a light rain coming at the end of a hot afternoon, with the temperature at 100 degrees or more, can literally burn wheat, streaming it on the stalk so it's not worth harvesting.
I had not seen a long, slow rain come at harvest, making grain lying in the swath begin to sprout again, ruining it as a cash crop.
I had not seen the whimsy of wind, rain, and hail; a path in a wheatfield as if a drunken giant had stumbled through, leaving footprints here and there. I had not seen hail fall from a clear blue sky. I had not tasted horizontal rain, flung by powerful winds.
I had not realized that a long, soaking rain in spring or fall, a straight-down-falling rain, a gentle, splashing rain is more than a blessing. It's a miracle.
An old farmer once asked my husband and me how long we'd been in the country. 'Five years,' we answered. 'Well, then,' he said, 'you've seen rain.'
- Kathleen Norris, fromÂ Dakota: A Spiritual Geography 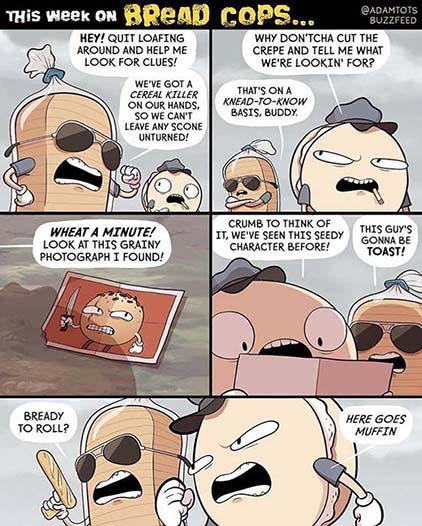