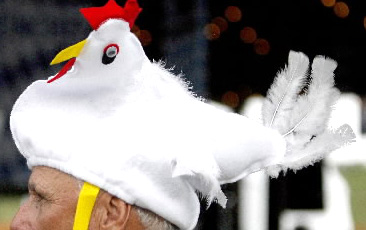 Oklahoma's wheat industry owes its existence to Mennonites who settled in north central Oklahoma in the 1870s. The Mennonites were a religious group of Dutch and German descent who had emigrated to Russia and then to Kansas in the US. From Russia they brought a variety of wheat, Turkey Red seed wheat, which grew well in their new land and helped make Oklahoma a major wheat-producing state. This hard winter wheat was well suited to making flour for bread.

Joseph Danne, the son of German immigrant parents, contributed to the state's wheat industry with his experiments in wheat breeding. He introduced Reliant Wheat, a short-stalk, drought-resistant wheat of abundant yield. One year later he released Triumph Wheat, an improved variety of Reliant immediately recognized for its growing qualities.

People of many different cultures settled in the state during the late 19th and early 20th Century, bringing with them many cultural traditions.

One such tradition is Oktoberfest, a two-week festival held each year in Munich, Germany, during late September and early October. The original Oktoberfest was held on October 12, 1810. An agricultural show was added a year later to boost Bavarian agriculture. The agricultural show still exists and is held every four years. By 1960 the Oktoberfest had become a worldwide festival.