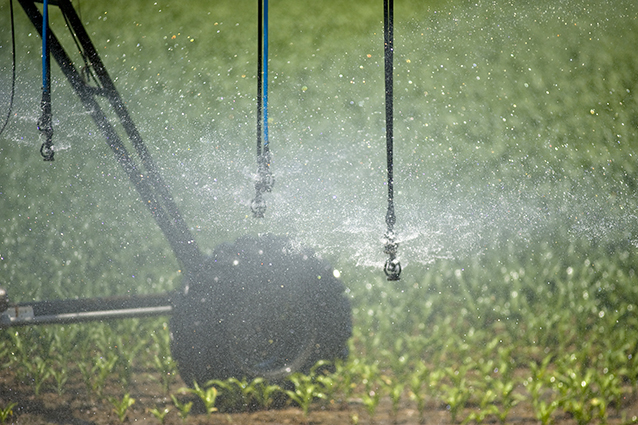 As water passes through sand, soil or rock, it dissolves any water-soluble materials with which it comes in contact and transports them to other areas. The process of picking up and transporting soluble substances is called "leaching."

This demonstration shows that you cannot always tell what is in water by looking at it. Discuss the following questions with your students:

Books
ardner, Robert,Â Super Science Projects About Earth's Soil and WaterÂ (Rockin' Earth Science Experiments), Enslow, 2007. (Grades 3-5)
Each experiment is clearly explained in step-by-step instructions, illustrated with diagrams an formatted on uncluttered pages. Environmentally focused projects, such as a demonstration of how groundwater is polluted, offers great Earth Day ideas.
Lamadrid, Enrique R., Arellano, Joan Estevan, and Amy Cordova,Â Juan the Bear and the Water of Life: La Acequia de Juan del Oso, University of New Mexico, 2008. (Grades 4-6)
From the mountains of northern Spain to the Andes in South America, Spanish-speaking people have told ancient legends of Juan del Oso and his friends. In this children's tale, agriculturalist Juan Estevan Arellano and folklorist Enrique Lamadrid share a unique version of a celebration story that has been told in Northern New Mexico for centuries. (English and Spanish)
Sidman, Joyce, and Beckie Prange,Â Song of the Waterboatman and Other Pond Poems, Houghton-Mifflin, 2005. (Grades PreK-3)
Science facts combine with vivid poems about pond life through the seasons. Focusing on one pond creature or plant per spread, Sidman employs many poetic forms.