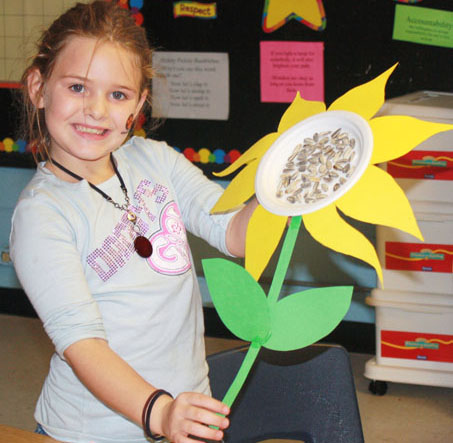 July is the last month for planting sunflowers in Oklahoma

Sunflowers ranked number 17 in value for Oklahoma agricultural commodities in 2014. It is one of the crops produced here for the growing oilseed industry. Most of the sunflowers grown in the US are exported as seed.

Sunflowers can be seeded into wheat stubble and grown as a second crop. They are harvested in the fall.

Helianthus annuus,Â the annual sunflower, comes inÂ 60 species.Â  Some species can grow as tall as fifteen feet. The flower heads can be smallÂ as buttons orÂ be asÂ large as dinner plates.Â

Native Americans discovered and domesticated the sunflower as early as 2,300 BC. TheÂ earliest example of a fully-domesticated sunflowerÂ was found in Tennessee.Â  It is among a few plants native to North America that we still commonly eat today. The tuberous roots of theÂ Helianthus tuberosus, the Jerusalem artichoke, can also be eaten. Sometimes now called sunchoke, this perennial sunflower was earlier named Jerusalem artichoke from the Italian word for sunflower,girasole.Â

The Incas used the sunflower as an image of their sun god, andÂ the sunflower is regarded as the floral emblem of Peru. Native AmericansÂ grew and usedÂ theÂ sunflower for both food andÂ oil. TheyÂ made a yellow dye from the flower heads and fiber from the stalks.Â

The Spanish introduced the sunflower into Europe in 1510, and sunflowers are now grown throughout the world. Russia is the leading grower, followed by Argentina, the US and Canada. During the 18th Century in Europe, members of the Russian Orthodox Church helped make sunflower oil popular because it was one of the few oils not prohibited during Lent.

The oil can be used for cooking, soap-making and in the manufacture of paint. Domesticated sunflowers are grown ornamentally and for crops. The leaves can be used as cattle fodder.

Many birds love sunflower seeds, and some crop varieties have been developed with drooping heads to make it more difficult for the birds to get to the seeds.

Sunflowers are also popular with bees and butterflies for nectar. 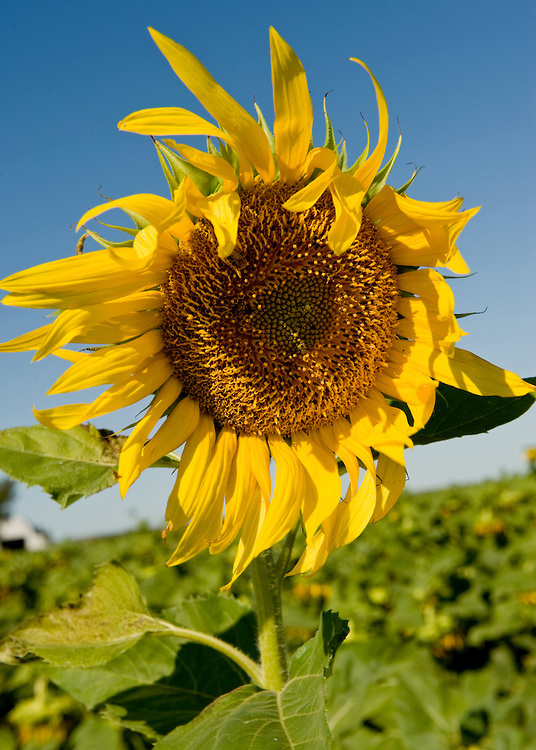 The Sunny Sunflower Story
Oklahoma's Other Oilfields
Books
Barry, Frances,Â Big Yellow Sunflower, Candlewick, 2009. (Grades PreK-3)
The petal-like pages open into a larger-than-life sunflower. With each page, a worm, a bee, a bird and other creatures watch as a seed germinates and grows in to a tall plant topped with a big bloom.
Godwin, Sam,Â A Seed in Need, Picture Window, 2004. (Grades PreK-2)
A colorful parade of inquisitive insects follows the progress of a sunflower seed in this first look at the life cycle of a sunflower.
Tagliaferro, Linda,Â The Life Cycle of a Sunflower, Capstone, 2007. (Grades PreK-2)
This early reader book captures the development of the sunflower, from seed, through germination, growth, flower development and pollination and on to seed development. Excellent for teaching the life cycle of a plant. Includes a glossary.