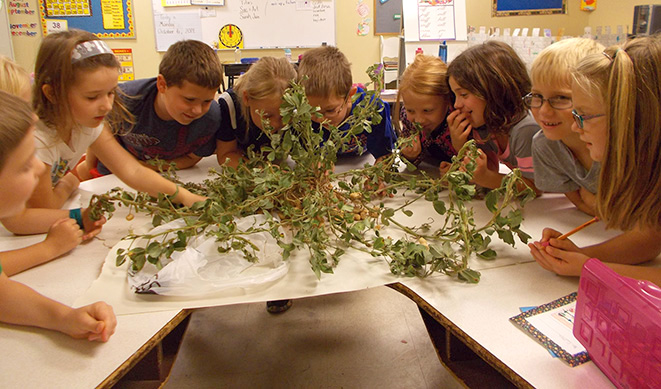 In 2017, peanuts were Oklahoma's 15th most valuable agricultural commodity. Oklahoma ranked 10th in the US in the production of peanuts. (Source:Â Oklahoma Annual Statistics Bulletin)

The Five Civilized Tribes brought peanuts to the Indian Territory, planting them in small gardens. After the general settlement of Oklahoma Territory, residents also planted parcels of the nuts, often selling or trading them to neighbors.

Arachibutyrophobia is the fear of getting peanut butter stuck to the roof of your mouth. 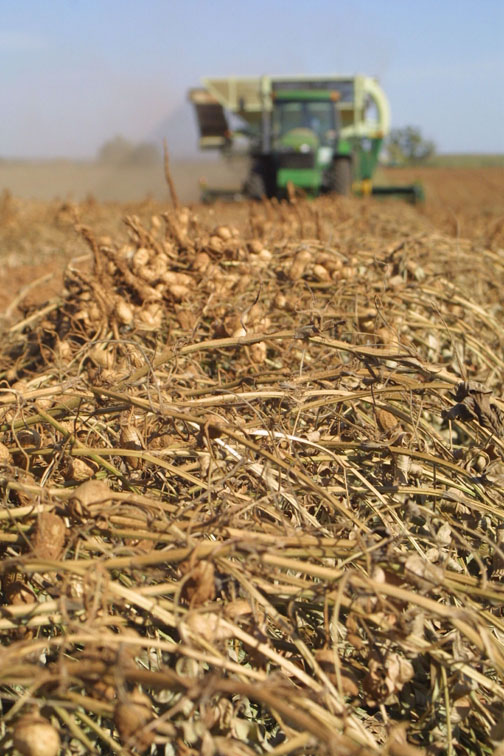 Books
Grigsby, Susan, and Nicole Tadgell,Â In the Garden,Â Albert Whitman, 2010. (Grades K-3)
Sally is a young girl living in rural Alabama in the early 1900s, a time when people were struggling to grow food in soil that had been depleted by years of cotton production. One day, Dr. George Washington Carver shows up to help the grownups with their farms and the children with their school garden. He teaches them how to restore the soil and respect the balance of nature. He even prepares a delicious lunch made of plants, including "chicken" made from peanuts.
Monroe, Judy,Â George Washington Carver: Scientist and Inventor, Capstone, 2005. (Grades 1-8)
Tells the story of George Washington Carver, with black and white photos.
Nelson, Robin,Â From Peanut to Peanut Butter, Lerner, 2004. (Grades PreK-3)
Depicts the whole plant, with the peanuts attached at the roots, harvesting, sorting, roasting and peanut butter-making.
Olson, Nathan,Â George Washington Carver, Ingenious Inventor, Capstone, 2006. (Grades 1-7)
Comic book-style word balloons tell the story of George Washington Carver, beginning with his life as a slave, his mother's kidnapping and his adoption by the Carvers, his education and his success as an inventor. Includes a timeline of his life, a glossary and recommended reading list.