Watermelon and Other Melons 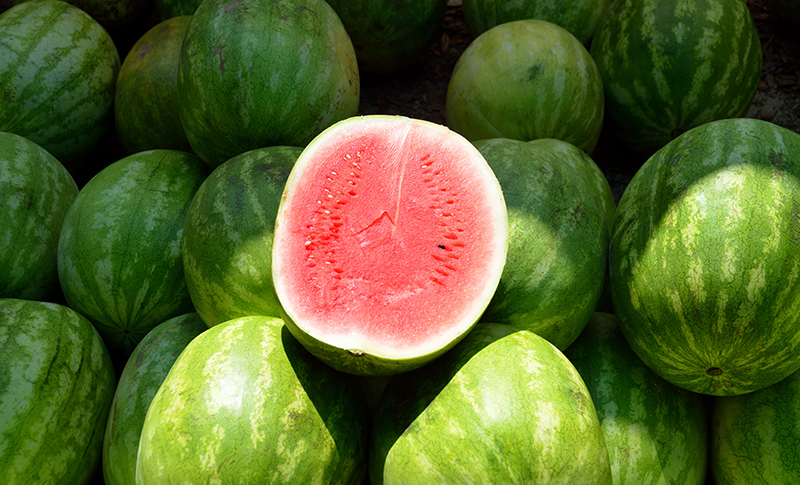 "When one has tasted watermelon, he knows what the angels eat."
-Mark Twain

Melons are warm season crops that thrive in Oklahoma's long growing season. All kinds of melons grow in Oklahoma, but our watermelon crop is the most profitable. In 2015 Oklahoma produced 540,000 hundredweight of watermelon, adding about $7 million to our state's economy.

Most of the watermelon produced in Oklahoma goes out of state. According to a study by the Kerr Center for Sustainable Agriculture, Oklahoma exports 392.8 percent more watermelon than is consumed in the state.

In ancient times, watermelons were prized as a source of transportable water. Ancient Egyptian tombs are decorated with pictures of watermelon drawn more than 5,000 years ago. Traders sold seeds along ancient Mediterranean trade routes, and cultivation spread throughout Africa. By the 10th century, watermelon found its way to China, which is now the world's number one producer of watermelons.

Watermelon probably arrived in the US with colonists and African slaves. Some historians theorize watermelon may have American origins as well, since early French explorers found native farmers growing watermelon in the Mississippi Valley.

Thomas Jefferson grew watermelon at Monticello. He and his peers used every part of the watermelon. Besides eating the refreshing flesh of the watermelon, early Americans toasted the seeds for snacks, pickled the rind and drank the juice. The first cookbook printed in the US included a recipe for pickled watermelon rind. The United States now ranks fourth in worldwide production of watermelon.

Oklahomans began growing watermelon before statehood. At the St. Louis World's Fair in 1904, Oklahoma exhibited three watermelons with a combined weight of 334 pounds. One, the largest of the exposition, weighed 117 pounds. In 2015 Oklahoma ranked 12th in the nation in the production of watermelon.

Acreage for watermelon has been the second largest for a vegetable crop, after southern pea, in Oklahoma for many years. Production is concentrated in the central and south-central areas, but watermelon can be grown in most areas of the state.

Although watermelons are sweet and usually eaten as dessert, they are classified in US Department of Agriculture statistics as a vegetable rather than fruit. They are members of the cucurbit family, along with squash, cucumbers and pumpkins. In 2006 the Oklahoma Legislature declared watermelon Oklahoma's state vegetable.

Watermelon is 92 percent water, fat free, nutritionally low in calories and high in energy. A two-cup serving of watermelon contains excellent levels of vitamins A, B6 and C. It is also a source of potassium.

According to the US Department of Agriculture (USDA), watermelon is one of the traditional dishes enjoyed at most July 4th festivitiesâalong with hamburgers, hot dogs, baked beans, corn on the cob, potato salad and potato chips.

How to Pick a Melon

Harvesting melons is labor-intensive. Conveyors and other harvesting aids can speed up the harvest process, but there are no mechanical harvesters that can decide which melons are ripe. That remains a human skill dependent upon experience and careful observation. To select your own ripe melons from the grocery or farmer's market, use the following hints: For most melons, the blossom end should be fragrant and give slightly to pressure.

Pauls Valley celebrates each 4th of July with a watermelon seed-spitting contest. Held in conjunction with the city's 4th of July fireworks show, this contest has been a Pauls Valley tradition for over 50 years. Since 1957, when the contest began, the Watermelon Seed Spittin' World Championship has been featured in the Guinness Book of Records and Ripley's Believe It or Not. Each year participants attempt to break the record of Jack Dietz of Chicago, who launched a seed 66 feet 11 inches in 1989. Go outdoors for your own seed spitting contest. Measure to see how far each student can spit seeds. How does students' spitting distance compare with the world record?

The rind of a watermelon looks tough but is actually quite fragile. For that reason watermelons are still picked by hand and passed hand-to-hand from the field to trucks, which take the melons to packing sheds. There they are sorted and hand-packed into trucks, crated into bins or placed in cartons for shipment to their destinations. The average weight of a watermelon is 20 pounds. Medicine balls weigh between 8-10 pounds. Students will toss a medicine ball in a circle to simulate workers tossing watermelons during watermelon harvest.

Smart Board Activity: Drawing Conclusions (Need help?)Please be patient with us as we learn how to use this new technology.
You must have Smart Notebook software installed on your computer to open Smart Board activities. If you have Smart Notebook software and are using Internet Explorer, you may get a message telling you the activity cannot be opened. In this event, save the activity to your hard drive. Your browser will save it as a zip file. Simply change the "zip" in the file name to "notebook," and you should be able to open it.
Thank you for your patience.
Smart Board Acitivity page
Survey 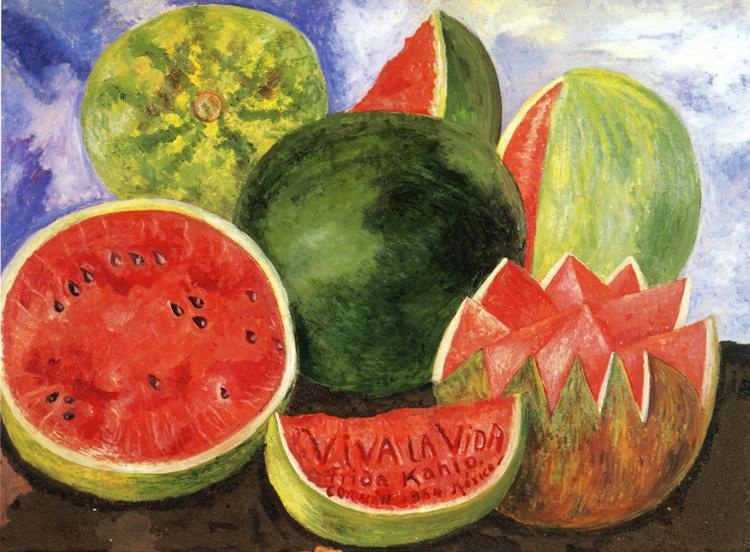