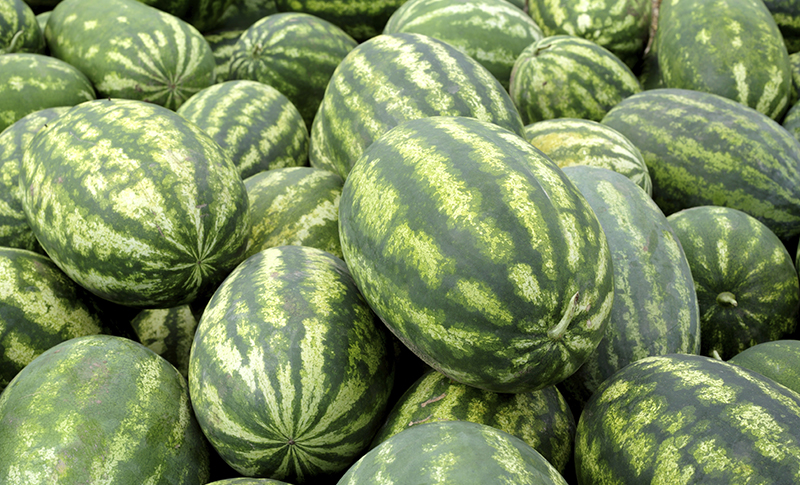 "When one has tasted watermelon, he knows what the angels eat." -Mark Twain

Green Buddhas
On the fruit stand
We eat the smile
And spit out the teeth.
- Charles Simic
Survey

Watermelon snow is a unique phenomenon in which snow appears pink or red and has a distinctive watermelon scent. It is common to the Sierra Nevada mountain range in California in the summer months at altitudes of 10,000 to 12,000 feet. The pink snow is caused by an algae called chlamydomonas nivalis which thrives in very cold temperatures. The cells of the algae have a gelatinous sheath that protect them from the strong ultra-violet radiation of the sun at high altitudes, and it is this sheath that produces the pink color and odor! Unfortunately, the similarities end there. This particular algae is toxic.