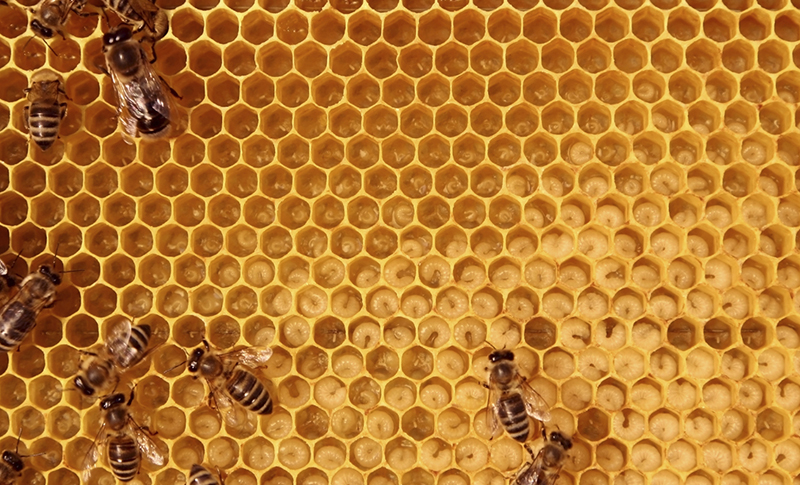 Honeybees (Appis Melliflora) are social insects. They depend on one another for survival. Bees live in groups called colonies. A typical bee colony ranges from 15,000 to 30,000 bees. There is only one queen in each colony. She is the mother of the colony, laying more than 1,800 eggs a day. She has to lay that many eggs because worker bees only live a few weeks during honey-making season in the spring and summer.

Bees make honey from nectar. Nectar is a sweet liquid found inside flower blossoms. Worker bees collect the nectar and carry it to the colony in pouches within their bodies. The secret ingredient that turns nectar into honey is bee "spit." Chemicals in the bees' saliva help change the nectar into sugars. The nectar/saliva mixture is then stored in the beeswax comb by the workers. The younger bees fan the nectar with their wings until much of the water has evaporated. Then they put wax caps on it and save it to eat in the winter. Beekeepers harvest honey just like any other crop. When they take honey from a hive, they are very careful to leave enough so the bees can survive the winter.

One bee would have to make 154 trips, carrying tiny amounts of nectar from the flower to the hive, just to make one teaspoonful of honey. If one bee had to make a pound of honey all by herself, she would have to spend 160,000 hours and make 80,000 trips. That would be the same as flying around the world three times. One worker bee actually makes only one-twelfth of a teaspoon of honey in her lifetime. But working together, a colony of bees may bring in as much as 50 pounds of nectar in a day and make 200 or 300 pounds of honey in a year.

Honeybees communicate through their movements. They attract the attention of other bees and let them know where to find nectar using movements that look like a dance. The movements show the other bees which way to go and how far. The bees usually move in the form of a figure eight. Slow dancing means the nectar is far away. Fast dancing means it is nearby. 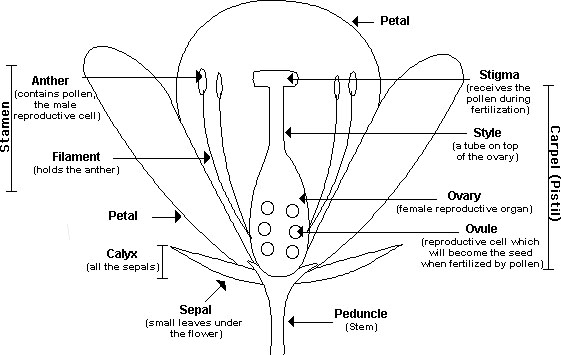 Beeswax comes out in white flakes from glands under the bee's abdomen. The wax is white at first but gradually turns a golden color. About 8 million pounds of beeswax is used in the US each year. People use beeswax to make candles, lipsticks, lotions, shoe polish, crayons, chewing gum, and floor wax. In the past sculptors used bleached bee's wax to hide mistakes in their sculptures. The best sculptors were proud to say their statues were "sine cera," or without wax. That is where we get the word "sincere."

When one bee colony gets too crowded the bees split up and start a new colony. The workers begin to raise a new queen. When it is almost time for the new queen to hatch, the old queen will gather several thousand bees to go away with her. This is called "swarming." The bees fly in circles around the queen until she lands. The other bees land around her, clinging to each other in a great heap. When the swarm has settled it sends out scouts to find a new home. When bees are swarming, they will not attack, because they have no home to protect.

The honeybee has a stinger that it uses to protect itself and its home. Honeybees will sting only if they are frightened or harmed. If you are stung you should remove the stinger immediately by scraping it off with a fingernail or any straight-edged instrument. Do not try to pull it out, because this will force more venom into your skin. A worker bee will die a few hours after stinging, because the stinger has a barb at the point which the bee cannot pull out once it is stuck in your skin.

When you see honeybees

Many of the foods we grow and eat in the US are from crops that first grew in other parts of the world. Some of these foods depend on another import for pollinationâthe domestic honeybee. There are 1000 insect pollinators, but the honeybee pollinates 80 percent of the plants we use use as food. Honeybees are the only domesticated pollinator. People began domesticating honeybees 8,500 years ago by providing them with hives. Scientists have found 25,000-year-old rock drawings of people collecting honey.

The Spanish brought the first European honeybee colonies to the Americas in the 16th century. English colonists brought more honeybees in 1622. Soon honeybees had escaped into the wild and were buzzing all over North America. Native Americans called them "the white man's fly."

Honeybees are very important to the farmer. Before any kind of plant can produce fruit, its flowers must be pollinated. Pollination works like this: The flowers use nutritious foods (pollen) to attract pollinating insects in hopes they will become dusted with bright yellow pollen and transfer the microscopic pollen grains from flower to flower. The pollen grains contain the sperm cells that must be transferred from the male parts of a flower (the anthers) to the top of the pistil (known as the stigma) which is on the female part of a flower. This transfer of pollen from flower to flower (or even within the same flower) is known as pollination. Once there, the pollen grains send down thin pollen tubes carrying the sex cells needed to unite (fertilize) with the ovules within the swollen ovary at the base of the flower. Once fertilized, these little green ovules rapidly become the seeds within the swollen edible part that we call the fruit, like the white flesh of an apple surrounding the dark brown seeds within the apple core.

Beekeepers truck tens of billions of bees around the country every year, moving from field to field. Profits from renting beehives to farmers for pollination exceed those from the production of honey. In 2007 the price for renting a bee colony was about $135.

Every third bite you take would not be there if not for the help of pollinators. Pollination is necessary for the production of seeds and fruits in up to 80 percent of the world's flowering plants. That includes 2/3 of the world's food plantsâfruits, many vegetables (or their seed crops) and even legumes such as alfalfa and clover, which are fed as hay to the livestock we eat as meat. The remaining 1/3 of our food come from plants that can be pollinated by the windâmost grasses and some nuts, including pecans and other members of the hickory family.

Pollination is important to the US economy. In the US, pollination by insects contributes to $40 billion worth of products annually. Pollination by honeybees alone is valued at $19 billion, 143 times the total value of the honey produced by bees.

Bee Dance
Grades 1-4: Science, ELA
Student read and discuss a passage about the scientist George Washington Carver and outline the information.
Bee Smart; Bee Happy
Grades K-4: Science, ELA
Students will learn about bees and simulate pollination using chalk and cotton balls. Students will read a passage about bees and answer comprehension questions.
Bee's Wax
Grades 1-3: Math
Students will complete a pattern of hexagons to understand what a honeycomb looks like.
If Not for the Pollinators - Matching Flowers with Pollinators
Grades 4-7: Science
Students will research the flowers of selected fruits and vegetables, create charts to record gathered information and identify the insects most likely to pollinate the flower from the chart provided. Students will design models of flowers and conduct a "pollination simulation."
Exploring Honey
Grades 5-7: Science
Students will conduct experiments to explore the viscosity and crystallization of honey.
Survey

Like trains of cars on tracks of plush
I hear the level bee:
A jar across the flower goes,
Their velvet masonry
Withstands until the sweet assault
Their chivalry consumes,
While he, victorious, tilts away
To vanquish other blooms.
His feet are shod with gauze,
His helmet is of gold;
His breast, a single onyx
His labor is a chant,
His idleness a tune;
Oh, for a bee's experience
Of clovers and of noon!
- Emily Dickinson 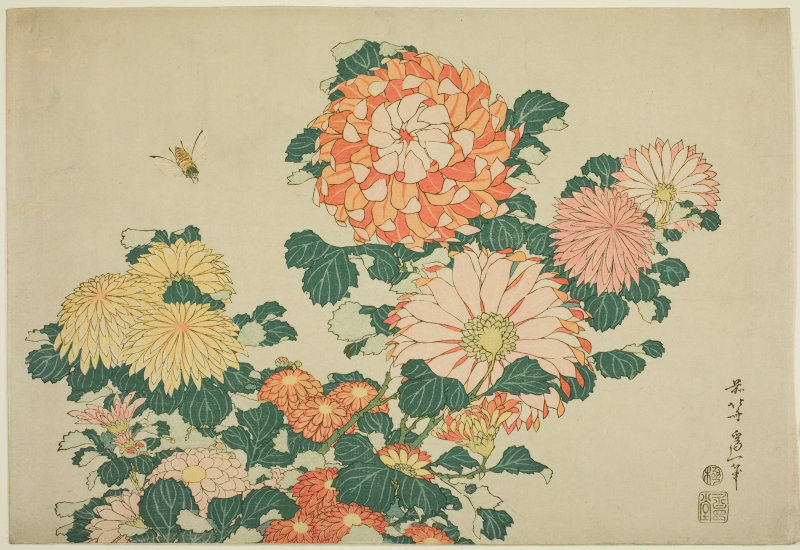 Chrysanthemum and Bee by Katsushika Hokusai