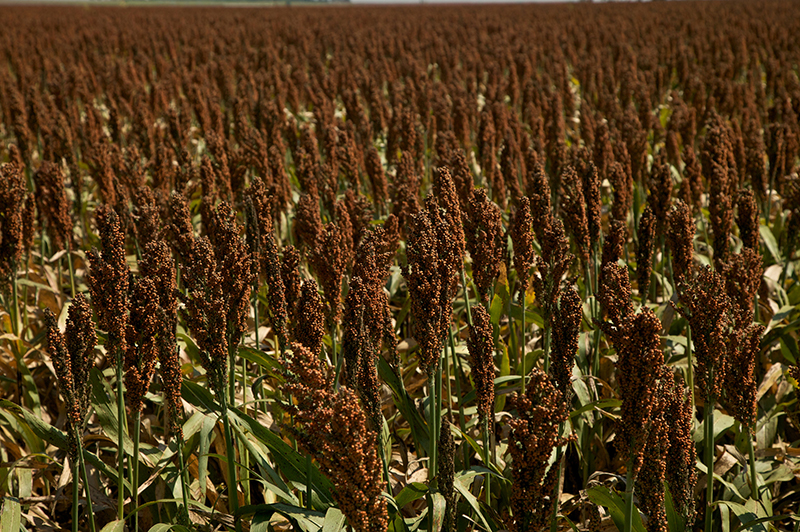 Sorghum is a native of Africa, but its drought resistance makes it a crop that grows well in Oklahoma.

In many parts of the world sorghum is an important food for people, too. It is made into unleavened breads, boiled porridge or gruel, malted beverages, popped grain, and syrup, from sweet sorghum. Sorghum is the fifth most important cereal crop in the world, after wheat, rice, maize, and barley.

Early in our history sorghum syrup was widely used as a sweetener because sugar was rare and expensive. Like sugar and honey, sorghum syrup is high in calories. It is also a source of iron, calcium and potassium. Before the invention of daily vitamin pills, many doctors prescribed sorghum as a daily supplement for people with deficiencies in these nutrients.

Sorghum syrup is available in grocery stores in the form of sorghum molasses, although true molasses is made from some of the byproducts from sugar. Molasses is a main ingredient in gingerbread. Gingerbread is a traditional Christmas treat made into gingerbread houses and gingerbread men. For the pioneers gingerbread was often served with meals as a bread, like cornbread. Try this healthy version of gingerbread and serve it warm with butter or whipped cream. It will make your classroom smell wonderful.