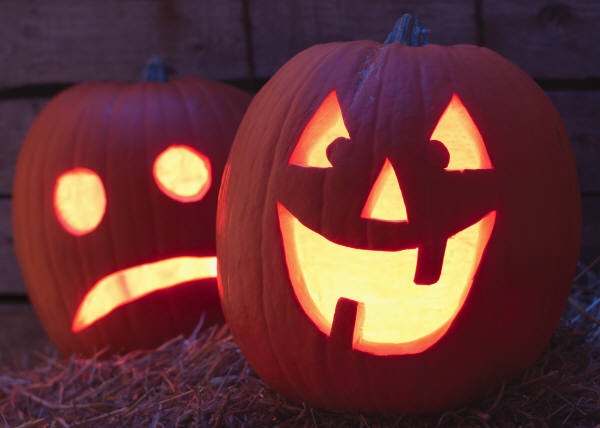 You might not recognize it from the way we celebrate now, but Halloween originated as a Celtic festival celebrating the end of the harvest season.

Traditionally, Samhain was time to take stock of the herds and grain supplies and decide which animals would need to be slaughtered in order for the people and livestock to survive the winter. The custom is still observed by many who farm and raise livestock because it is when meat will keep since the freeze has come and also since summer grass is gone and free foraging is no longer possible. In the pre-Christian Gaelic world, cattle were the primary uit of currency and the center of agricultural and pastoral life.

Scarecrows are familiar symbols of Halloween. Students make their own with this lesson:

Garden Guard
Plan your own end-of-harvest festival by introducing fresh fruits and veggies from the garden in place of traditional Halloween candy.

The following poem describes a Halloween custom from the time when Halloween was an end-of-harvest festival.

Songs and Poems
I spot the hills
With yellow balls in autumn.
I light the prairie cornfields
Orange and tawny gold clusters
And I am called pumpkins.
On the last of October
When dusk is fallen
Children join hands
And circle round me
Singing ghost songs
And love to the harvest moon;
I am a jack-o'-lantern
With terrible teeth
And the children know
I am fooling.
Writing Prompts