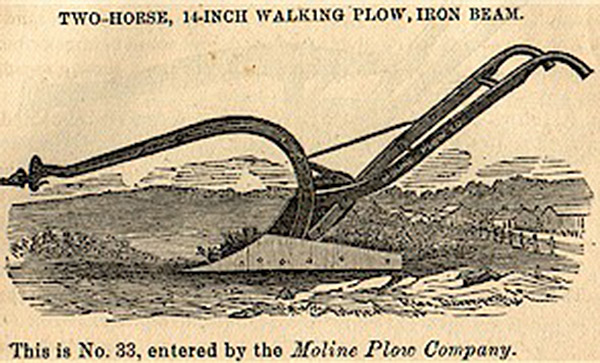 American agriculture owes much of its success to the innovative thinking of farmers looking for ways to solve problems and make farming easier. Thomas JeffersonÂ was an avid farmer and inventor who saw a problem with the crude wooden plows used by farmers in his day. They barely scratched the surface and merely loosened the topsoil, making it susceptible to washing away at the first hard rain. Jefferson's solution was the moldboard plow, which lifted and turned the sod. With this tool he could plow to a depth of about six inches. This enabled farmers to contour-ridge erodible fields, plow out shallow ditches, and ridge poorly drained flat lands.

Over 100 years later a farmer from Hooker, Oklahoma, invented another plow that helped control erosion and became the "Plow to Save the Plains."

Red Dirt Groundbreaker: Fred Hoeme
Fred Hoeme was a farmer living near Hooker during the Dust Bowl era who was concerned about wind erosion. Hoeme noticed that road equipment kicked up dirt clods that didn't blow around like the soil plowed using the usual plowing methods. He invented the chisel plow, which left the residue of previous crops exposed. This helped stabilize the soil and prevented the formation of surface crusts, which helped the soil take in and hold rainwater.
Hoeme and his sons manufactured and sold about 2,000 plows from their farmstead. In 1938 W.T. Graham bought the rights to make and sell the plows. Graham modified the plow and advertised it as the Graham-Hoeme Plow, the "Plow to Save the Plains." It was sold worldwide. By the 1950s, about half of all Great Plains farmers owned chisel plows. The widespread use helped control wind erosion during the seven-year drought of the 50s. In 2000 a plaque was installed in Hoeme's honor at the Williams Homesteaders Park in Hooker.
Red Dirt Groundbreakers
Find other Oklahoma inventors in this lesson 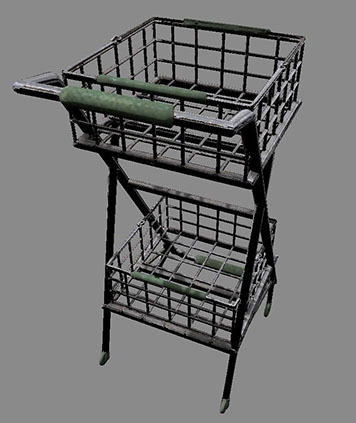 Lesson from National Ag in the Classroom about the development of the combine harvester. Includes a great STEM activity:

An index of US patents issued to individuals residing in Indian and Oklahoma Territories, 1880-1907.

The shopping cart was invented in Oklahoma City in 1937 by Sylvan Goldman. Goldman's invention was inspired by a folding chair. Develop your own invention based on a common item like the folding chair. Name your invention and write one or more paragraphs explaining why it would be useful.