The first picnics were fashionable social events similar to what we know today as "pot luck" dinners. Everyone was expected to contribute something. The practice of holding them outdoors in a beautiful setting came later. The earliest picnics in England were hunting feasts, served as a break from hunting expeditions.

The first known usage in print of the word picnic was the FrenchÂ pique nique. Its origin is unknown but it may be from the FrenchÂ pique, meaning "pick," paired with the nonsense syllableÂ nique, just for the sake of rhyming.

After the French Revolution, in 1789, royal parks became open to the public for the first time. Picnicking in the parks became a popular activity amongst the newly enfranchised citizens. Over time Bastille Day, French Independence Day, became a popular day for picnics. In 2000, a 600-mile-long picnic took place from coast to coast in France to celebrate the first Bastille Day of the new Millennium.

In the US, we celebrate our own Independence Day with 4th of July picnics. Most of our picnics include cooking outdoors. The choice of food depends on the part of the country and the foods that are plentiful in those areas. In coastal areas, the picnic might include seafood. In the Midwest it probably includes corn on the cob.Â
In Oklahoma, picnics often involve cooking food outdoors on a grill. Hot dogs, hamburgers, steaks, barbecue chickenâeven vegetables, like squash, eggplant, asparagus and peppersâare popular foods for grilling.

Oklahoma barbecue traditions began with the forced migration of Native Americans from the Southeastern United States during the Trail of Tears,Â who brought with them the tradition of whole hog barbecue.

A second influence came by way of Texas during the post-Civil War era. Cattle began to be transported through Oklahoma on cattle drives from Texas to Northern markets, but also began to be raised in Oklahoma.

Large social barbecues occurred during the territorial and early statehood days, most often at tribal events (such as the "hog fries" hosted by the Cherokee) as well as at the gubernatorial inaugurations of Charles N. Haskell, the first state governor, in 1907,Â and Jack WaltonÂ in 1923. The barbeque for Governor Walton made use of more than a mile of barbeque trenches to serve the gathered crowds.

Governor Walton's BBQ was likely the largest in state history with meat donated from all across Oklahoma (including cattle, hogs, sheep, chickens, turkeys, rabbits, squirrels, opossums, geese, ducks, deer and buffalo. Even a bear was contributed to the occasion but it ended up in the Wheeler Park Zoo in lieu of being barbecued. 125,000 people were said to have attended.

What's in Your Picnic Basket? 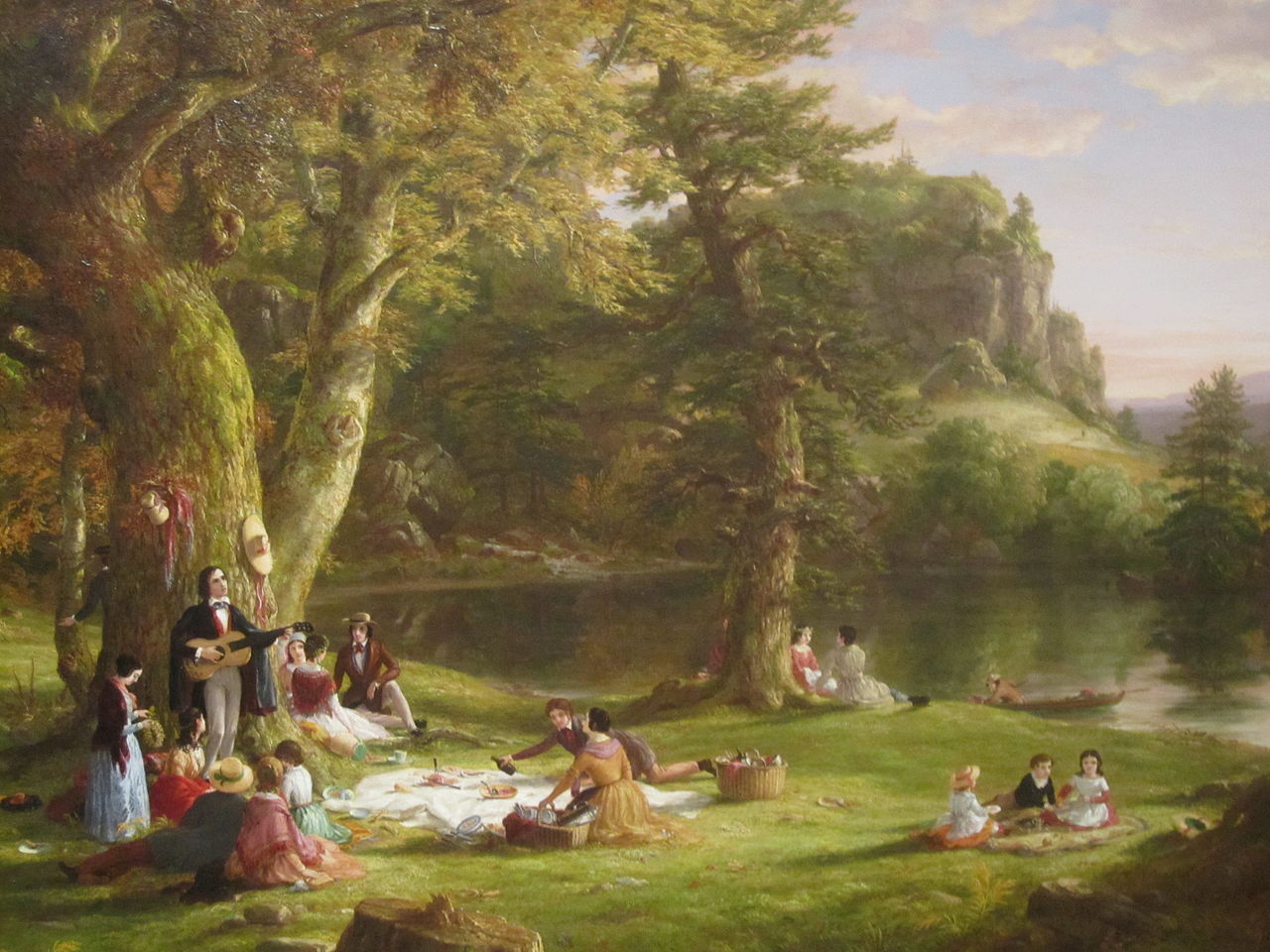 The Picnic by Thomas Cole