Oklahoma Vegetable of the Month: Okra 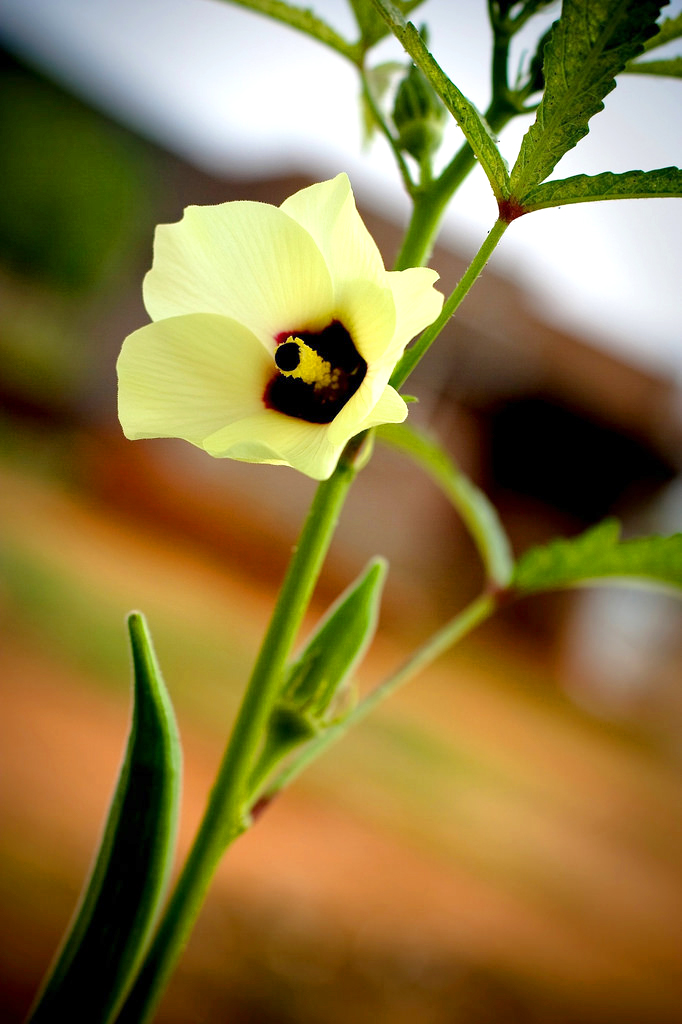 Okra is aÂ flowering plantÂ in theÂ mallow family. It is valued for itsÂ edible green seed pods. The geographical origin of okra is disputed, with supporters ofÂ West African,Â Ethiopian, andÂ South AsianÂ origins. The plant is cultivated in tropical, subtropical and warm temperate regions around the world. It grows well in Oklahoma's hot climate and is a popular vegetable in home gardens and farmers markets.

TheÂ EgyptiansÂ andÂ MoorsÂ of the 12th and 13th centuries used theÂ ArabicÂ word for the plant,Â bamya, suggesting it had come into Egypt from Arabia, but earlier it was probably taken fromÂ EthiopiaÂ to Arabia. One of the earliest accounts is by a Spanish Moor who visited Egypt in 1216 and described the plant under cultivation by the locals who ate the tender, young pods withÂ meal.

From Arabia, the plant spread around the shores of theÂ Mediterranean SeaÂ and eastward. By 1658 the plant had been introduced to theÂ AmericasÂ by slave ships, when its presence was recorded inÂ Brazil. It was further documented inÂ SurinameÂ in 1686. Okra may have been introduced to southeasternÂ North AmericaÂ from Africa in the early 18th century. By 1748, it was being grown as far north as Philadelphia.Â Thomas JeffersonÂ noted it was well established inÂ VirginiaÂ by 1781. It was commonplace throughout theÂ southern United States by 1800, and the first mention of differentÂ cultivarsÂ was in 1806.

In some countries okra pods are known as "ladies' fingers."