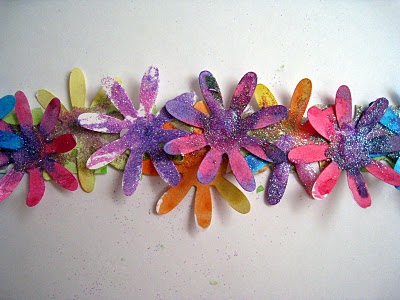 Upon the first of May,
With Garlands fresh and gay
They nimbly their feet do ply,
In honour of Th' milking paile.
-c1640 (Anon.)

May 1 is May Day, the day celebrated by the ancient Celts and Saxons as the first planting day. On May Day a queen of the May was elected from the eligible young women of the village to rule the crops until harvest. Our tradition of beauty pagents may have evolved from this competition.

The Saxons began their May day celebrations on the eve of May, April 30. It was an evening of games and feasting celebrating the end of winter and the return of the sun and fertility of the soil. Torch-bearing peasants and villagers would wind their way up paths to the top of tall hills or mountain crags and then ignite wooden wheels, representing the sun, which they would roll down into the fields.

In the early morning on May 1, women would wash their faces with the dew.Â  They believed this would improve their complexions and bring them eternal youthfulness. 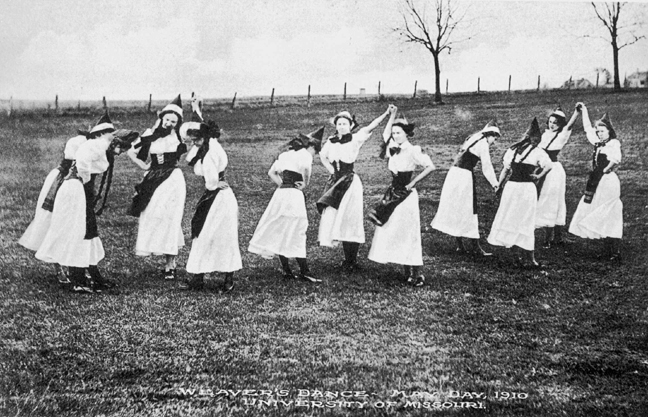 The custom of "bringing in the May" meant to go out in the field (or woods) early in the morning on May 1 and return with baskets full of flowers.Â  Sometimes these flowers would be strung together in long chains.Â  Another custom was to tie just one single blossom to the end of a long wand.Â  Sometimes the flowers made a crown for the May Queen.Â

Up until the end of the 19th century, the "May Birchers" in England would go from house to house on May Day Eve and decorate the doors with boughs of trees or flowers to signify their opinion of the person(s) inside that home.Â  In some areas, the plants were chosen because they rhymed with the word describing the person, for example "Fair of Face" was signified by a pear bough on door, while someone considered glum would get plum branches.

Â In the 19th century, the custom of hanging small baskets filled with flowers became popular in the US.Â  It is still done in some communities today.Â  Many towns have organization that voluntarily place flower baskets in various public areas.Â  In other cases, the flower baskets are not real, but are made of woven strips of colored paper decorated with lace-paper doilies and ribbons.Â  They are filled with flowers, candy and sometimes a short poem with the name of the person for whom they are intended.Â  The custom is to hang the basket on the person's front door, ring the bell and then dash away before the door is opened.Â  In Iowa, it is the custom for children to leave May Baskets on the doors of those they have crushes on because flowers symbolize love, fertility and the arrival of spring.

In 1909 the first May Carnival was held at Oklahoma A&M (now Oklahoma State University) to help fund student organizations on campus. The festivities included May Pole dances, a parade and a carnival. Photo shot in the 1920s behind Morrill Hall. From OSU Archives.

Write a poem about the flowers in May.

Books
Mora, Pat, and Elizabeth Sayles,Â The Rainbow Tulip, Puffin, 2003. (Grades PreK-3)
Despite her awareness that her Hispanic family is different from toher families in the neighborhood, Stella fits in well and enjoys school. When she goes to the May parade at school in a tulip costume of many colors, she worries she will look different from everyone else. However, her perfect execution of the Maypole dance, her teacher's approval, and, above all, her mother's quiet love contribute to a perfect day for Stella.
Silverman, Erica, and Marla Frazee,Â On the Morn of Mayfest, Simon and Schuster Children's, 1998. (Grades PreK-3)
This is the lass / with hair like a nest / who walked in her sleep / on the morn of Mayfest." So begins the cumulative rhyme that propels this picture book to its celebratory conclusion - a spontaneous Mayfest parade! Best read aloud.