Oklahoma Vegetable of the Month: Lettuce 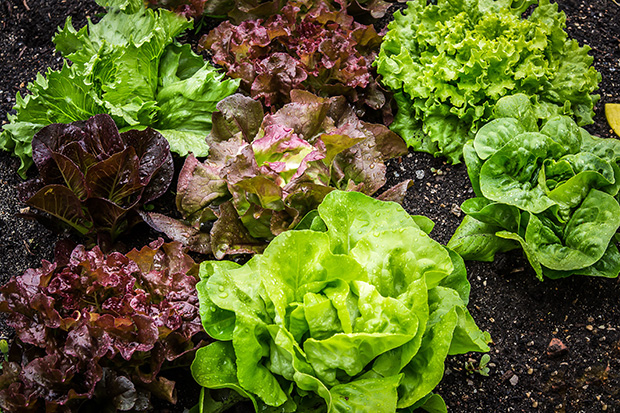 Lettuce, a member of the sunflower family, is one of the oldest known vegetables and is believed to be native to the Mediterranean area. In the US lettuce ranks second only to potatoes as the most popular vegetable. Average US consumption in the 1990s was 30 pounds of lettuce per person per year.

There are four main types of lettuce - head lettuce, romaine, loose leaf and butterhead. Head lettuce is better known as iceberg lettuce. Up until the 1920s it was known as "crisphead" but was renamed when California growers began shipping the lettuce under mounds of ice to keep the heads cool and crisp. Romaine lettuce was named by the Romans who believed it had healthful properties. In fact, the Emperor Ceasar Augustus put up a statue praising lettuce because he believed it cured him from an illness. 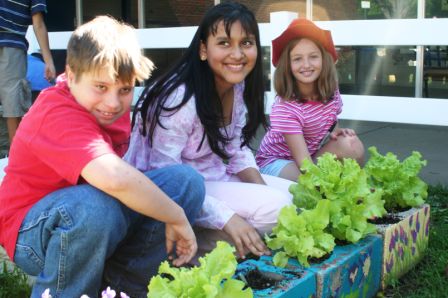 Iceberg lettuce doesn't offer much nutritionally, but romaine and loose leaf lettuce are nutrient rich. In fact, romaine and looseleaf provide five to six times the amount of vitamin A and five to ten times the vitamin A compared to iceberg. Romaine and butterhead also are good sources of folate, which helps prevent birth defects and may decrease risk of heart disease.

In Oklahoma, lettuce is grown early in the spring in home gardens. It is a cool weather crop and tends to bolt in our hot summers. Lettuce is a good vegetable to grow in classroom gardens because it is ready to eat 40-50 days after it is planted.

Good question: What happens when a vegetable bolts?
Answer: The word "bolts" sometimes means "runs fast." When a vegetable bolts, it starts to grow very quickly, growing flowers and then developing seeds. Usually it develops a bitter flavor at that point and is no longer good to eat.

Be a Food Explorer

Lettuce is best known for its use as a base forÂ salad, but it can also be used as a wrap, in the same way a tortilla is used. Lettuce can also be added to soups.