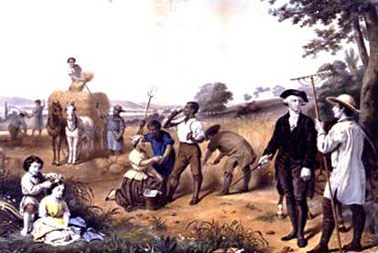 Presidents' Day is intended to honor all the American presidents, but two presidents actually had birthdays in February - George Washington and Abraham Lincoln. Prior to 1968, the birthdays of both men were celebrated as separate holidays, although only Washington's birthday was celebrated as a federal holiday. In 1968 Congress created a uniform system of federal Monday holidays. They voted to shift the federal holiday celebrating Washington's birthday to the third Monday in February. Some states decided to call the holiday Presidents' day, and today that is the name commonly used for the holiday.

In 1862 AbrahamÂ Lincoln signed into lawÂ an act of Congress establishing the US Department of Agriculture.

Students research online to find more about the establishment of the US Department of Agriculture in 1862.

George Washington is known as the father of our country, but his great love was agriculture. He was happiest when conductingÂ agricultural experimentsÂ on his farm at Mt. Vernon.

Students research online to find some of the contributions George Washington made to agriculture through his experiments.